The other day I was thinking about how much I disliked Sunday nights when I was younger. This meant that I would spend almost the entirety of my time dreading going to school the next day. Now, it’s a little different. Sundays in college are great; It is almost universally used as a day to be productive and get ahead.

• Gym Time: Going to the gym on the weekends is always really nice. There’s virtually no rush like there is during the weekday, and there are not as many people there, which means no waiting for a machine or rack!
• Laundry & Linens: Working out every day really fills up the laundry basket fast. I go through clothes like crazy, and sweating in my clothes means that I (usually) cannot get more than one use out of a shirt. With that being said, doing laundry on the weekends is probably the most convenient and on the plus side, you won’t have to worry about putting your clothes in the washer and leaving for class while they are still in there.
• Stock Up: Shampoo, snacks, paper towels, whatever it may be. You will run out of supplies one way or another. With countless of nearby retailers nearby it is so easy to run over there and stock up on your necessities.
• Clear the Clutter: If your counter looks anything like mine, that means there is virtually no counter. There is nothing worse than in the middle of the week looking for something you lost in a pile of mess. A clean room is a stress-free room.
• Unwind: Relax and maybe plan out some of your major activities for the week so you can tackle Monday with a fresh face and positive attitude. Make some tea, coffee, or any beverage of your choice, run a bath and wind down

This past Saturday I spent my evening admiring all who have helped execute a tremendous milestone in Christopher Newport’s track and field program. 504 student-athletes have gotten the chance to receive the honor of being an All-American athlete. As a result of this monumental experience, the team, coaches, alumni and our president, Paul Trible came to the Ferguson Center for the Arts for a ceremony honoring them. 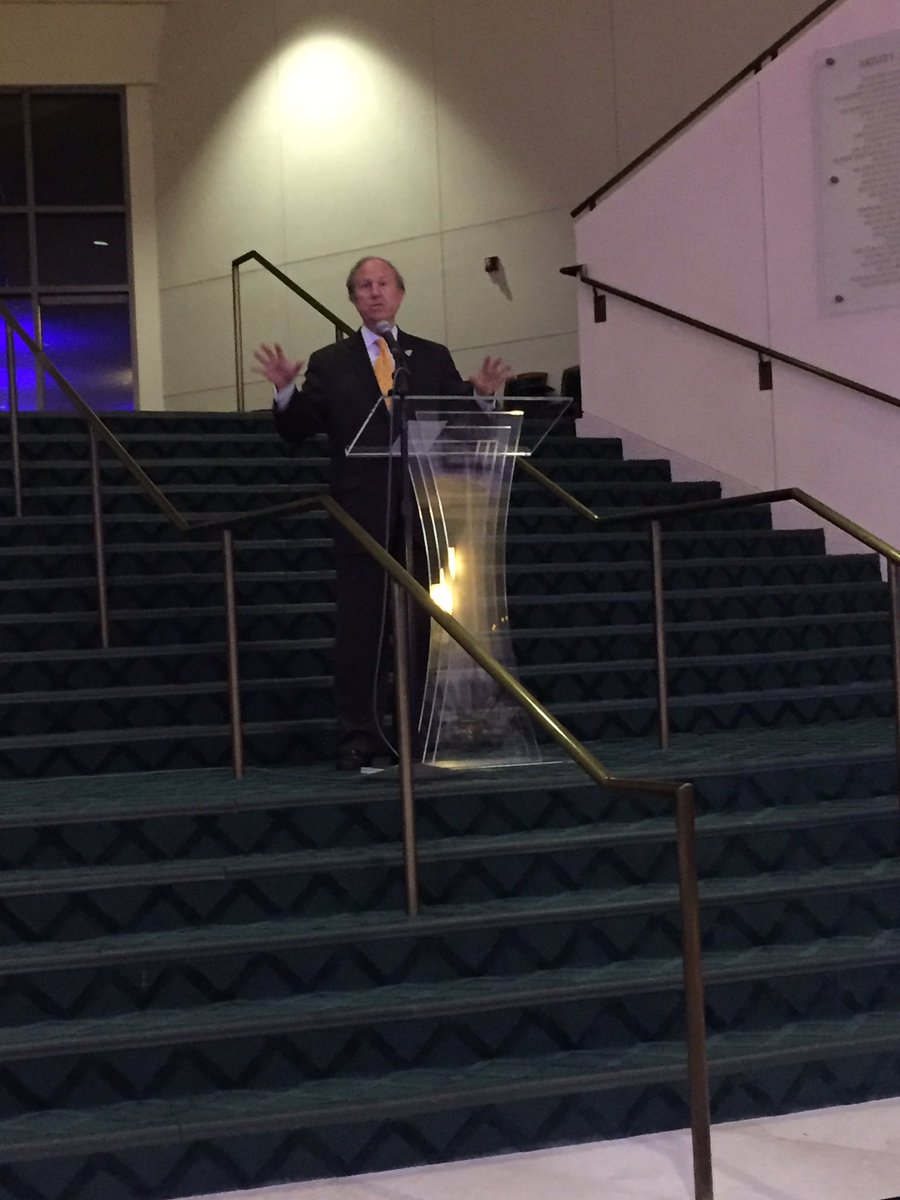 We started off the ceremony with our president making great remarks saying: “When I came to CNU 21 years ago, I quickly realized there was a rich athletic tradition, headed by the powerful track and field program.” I thought that was pretty cool hearing him say all this about us. It was super cool being recognized for what we have accomplished throughout these years! 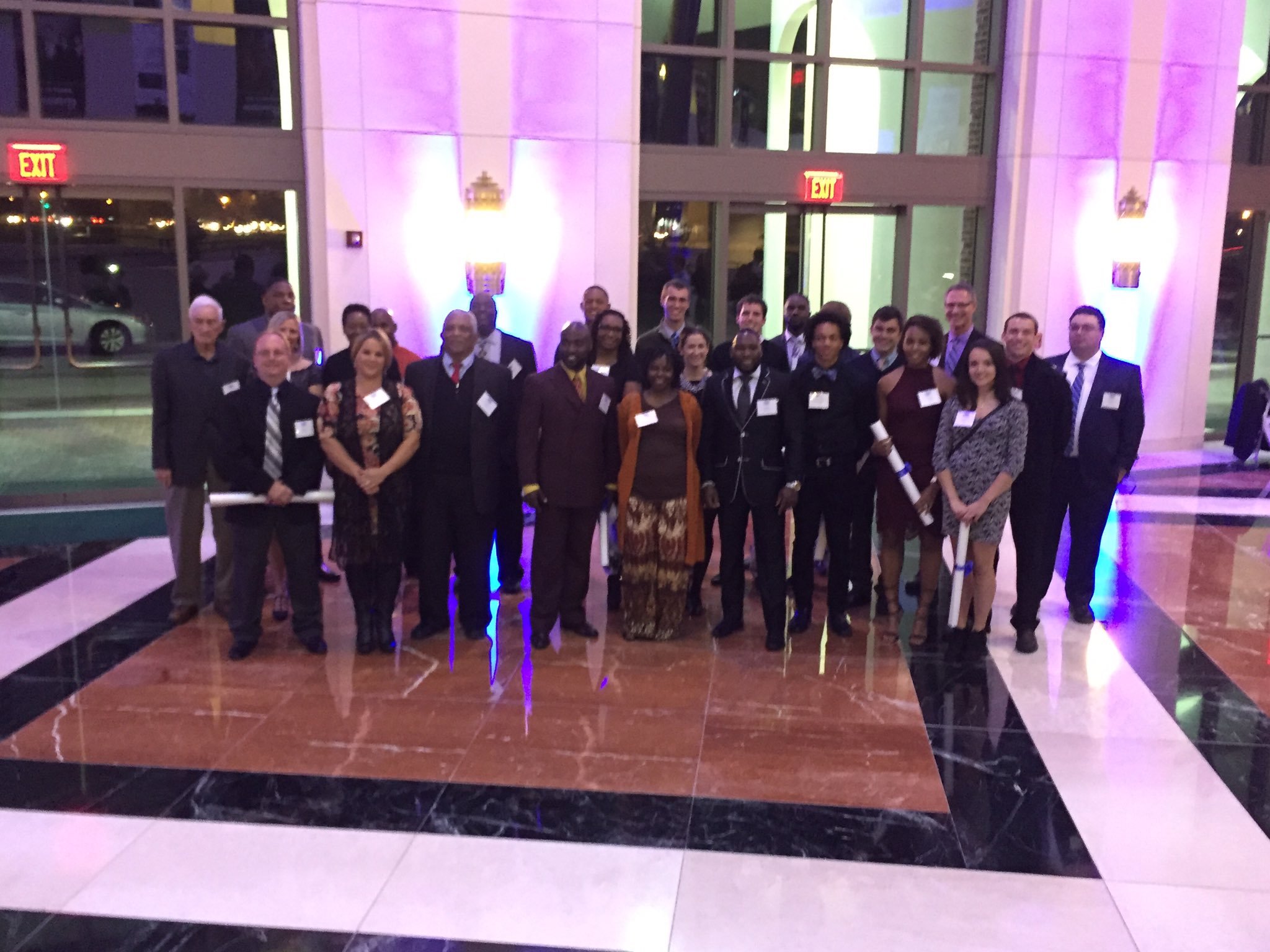 Afterward, we had a combination of chicken, beef and some vegetarian options accompanied with a salad, and a tasty dessert to top it all off. The whole experience was so put together and so inspirational. It was so cool seeing some of the track and field alumni come back to celebrate as well! Experiences like this are something I’ll always have fun talking about!

Today is the day Christopher Newport University’s track athletes got a chance to finally showcase their growth over the course of the year. We finally got a true measure of how hard we have worked all summer. All the heavy lifting and workouts have brought us here on the track to test our strong legs, and even stronger minds. Mondays are already exhausting as is, so I really couldn’t tell you why track athletes choose to purposely exhaust themselves in a physical aspect, so with that being said, yeah, we are kind of crazy. We went full throttle on our first day of practice with an intense but, “fun” workout. It was hard, I won’t lie, but we all came together as a group and pushed each other so that we were all getting the same benefits.

Once the actual test was over each and every one of us talked about how different it is running on an indoor track and how our legs felt like noodles after the workout. But in the end, I think we can all agree that we are on track for an amazing season!

With the long-awaited Homecoming game coming up, I wanted to take the time to get to know one of our beloved student-athletes here at Christopher Newport, KJ Holloway. KJ is a member of the Christopher Newport’s nationally ranked football team and has some words of wisdom to give us.

Liana: Where did you go to school before?
KJ: Great Bridge High School in Chesapeake, Virginia.

Liana: What position do you play?
KJ: Defensive Back.

Liana: Is it hard to balance athletics and academics?
KJ: Yeah, it definitely can be. Waking up early in the morning for lifting and practice is inevitably hard, but knowing that I have a whole day’s worth of classes, assignments and projects and a second afternoon practice can definitely be difficult – in the end, time management is key!

Liana: What’s the best part about being on a team here at Christopher Newport?
KJ: Camaraderie, brotherhood and knowing people are always there for you going into a game. One example, during pre-season in McMurran we were getting hyped up and our coach came in dressed as Harambe to get us excited.

Another one would be, last week when we played Montclair State. Our team went into double overtime, we all knew what we were capable of. Therefore, we came together as one entity, not just a bunch of players.

Stuff like that are moments you can’t get anywhere else.

Liana: Do you do anything to decompress or de-stress?
KJ: Football! When you get a chance to go out there and play the game that you love, it makes everything else worthwhile.

What is your favorite song right now?:
“Bank Roll” by Shy Glizzy.

If you could switch places with anybody, who would it be and why?:
My cousin Deion Branch, because he played for my favorite team, the New England Patriots. He won multiple Superbowls, and earned the MVP award for one of them.

It’s Fall Y’all!
You know what this means? Yes, my friends, it is officially festive latte season. Whether you are getting cozy in your room, watching Netflix, cheering on your fellow Captains at a football game or just hanging at the Trible Library you’ll want one of these drinks by your side.

Here’s my personal ranking of Einstein’s beverages by festivity (and deliciousness).

The OG pumpkin spice latte as we all know is a mix of traditional fall spices such as, cinnamon, clove and nutmeg. I didn’t really understand the craze until I tried it this year, and … it is totally worth it. GO PSL! 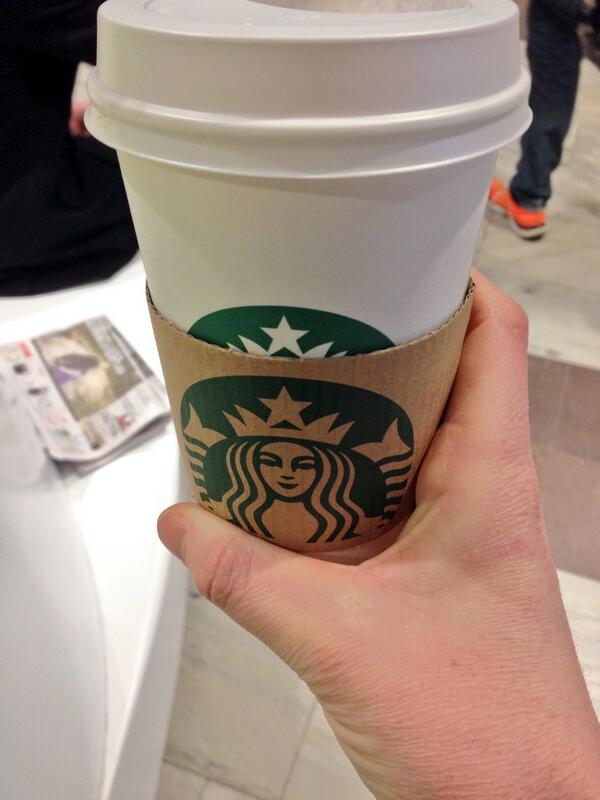 AKA The ultimate spicy beverage! The chai tea latte is a liquid blanket. Drinking this is a sure-fire way to make you feel cozy at this time of the year but people often overlook it! 10/10. I would have put this drink at no.1 at any other time of the year, but for the sake of this article, it is now at no. 3. But, with that being said, THIS DRINK IS SO GOOD. it’s made with hot earl grey tea and frothed milk, which is quite simple but someone once made a comment about this drink saying, “It tastes like Froot Loops!” and now I can’t think about anything else when I drink a London fog. Point blank, if you have not tried a London fog, please do! The iced pumpkin spiced latte is basically PSL’s cooler, hispter sister. If you are a person who does not like hot beverages but still wants to celebrate the fall season, this is for you! It has all the elements of a traditional pumpkin spice latte.

This drink deserves a standing ovation. This is the perfect fall drink if you ask me. The apple cider is so sweet but has the perfect amount of spice that any fall beverage would want to have. If the barista at Einstein’s asks if you want whipped cream, say “yes”. This makes the drink into a latte consistency that you don’t want to miss out on, especially along with the drizzled caramel.

We’ve all had an “oops” moment where we stand in the midst of a moment and watch things gracefully collapse, like the waters of a cascade crashing onto rocks, or like a downpour crashing onto a beautiful silvery surface of a laptop. Ahhhhh, the allure.

I promise this story has a happy ending – just keep reading!

So, last week some of us may have experienced the sudden downpour Newport News gifted us. Crazy stuff, huh?
I figured I’d share this story because it makes me so thankful I can go to a school with such a tight-knit community:

My roommate and I were taking a quick trip to get frozen yogurt, because, “Why not?” I left my building with my backpack and when we were about halfway there, it literally starts POURING like no other. I look at her and I’m like, “OK, do we keep walking?” she says, “yeah.” So we keep walking and she turns to me and says, “Liana, your laptop isn’t in your backpack right?” (In that moment I knew I messed up) I timidly reply to her and say “It is…” Welp.

We eat our yogurt, and I get back to the room, open my laptop, and lo and behold, my laptop’s screen is black and is making a cracking noise. Lovely. So, I’m over here panicking, calling IT support, my mother, Geek Squad, my mother, computer repair companies, my mother. And then I lose hope for this machine after all the negative responses. As my last resort I bought 10 pounds of rice just to soak up any excess liquid if there was any.

As I’m sitting in my room the next day, a lightbulb went off in my head. I seriously felt like I was a character in a cartoon having a revelation. At Christopher Newport we have these rooms called “Theme Units” where essentially 13-14 people who usually have the same major or interest live together. I knew a few people on the third floor theme unit who were … COMPUTER SCIENCE MAJORS! (Woot! Woot!). I seriously sprinted over there and with practically no expectations I asked a couple of them if they could check out my computer. They took out a toolkit which contained at least 20 mini screwdrivers, unscrewed the back of my laptop, poured out the rice that got stuck inside my laptop and voilà! My laptop was resurrected!

Well there it goes guys. If you learned anything from this it should be:

1. Make friends with people outside your major (You will learn something I promise).
2. Theme Units are incredible.

(And make sure to get a waterproof backpack!)